OOPS! THIS SPORTS SEDAN IS SOLD
... BUT YOU CAN CHECK BELOW MORE SPORTS SEDANS AVAILABLE AT CHEAP PRICES

If the system cannot find more Grand AM sports sedans listed in the site, Autopten will show you other vehicles available from same style.

1999 Pontiac Grand AM for sale by owner in Alabama

Coupe priced for less than $500

2003 Pontiac Grand AM for sale by owner in Ohio

Sports sedan priced for less than $500

1998 Pontiac Grand AM for sale by owner in North Carolina

Other Affordable Cars In Utah

If this Pontiac Grand AM isn't the vehicle you are searching for, you may also be interested in other affordable cars, trucks, SUVs and minivans available in Utah and listed below. 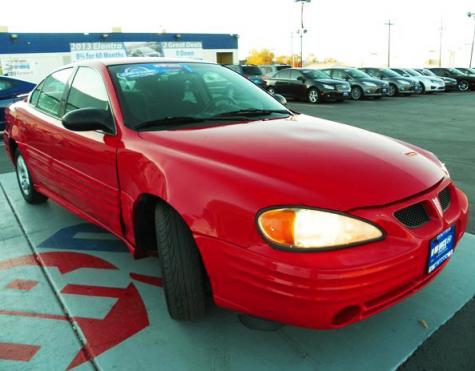 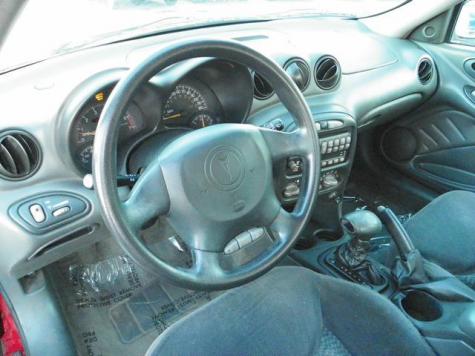 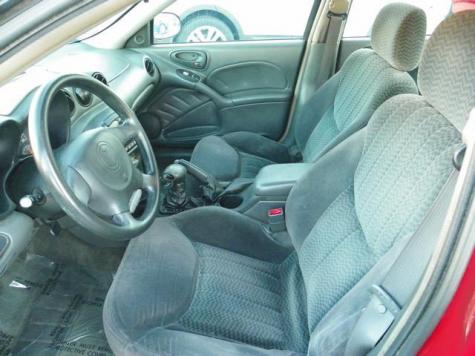 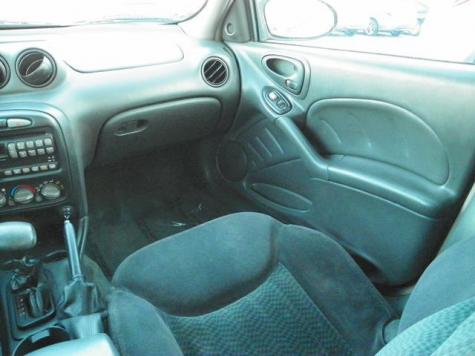 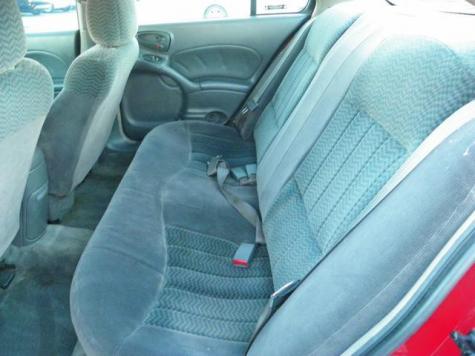 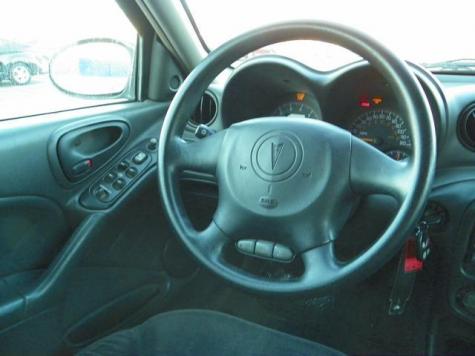 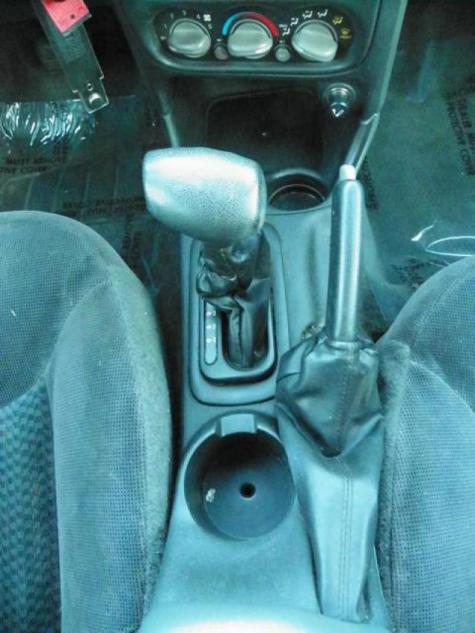 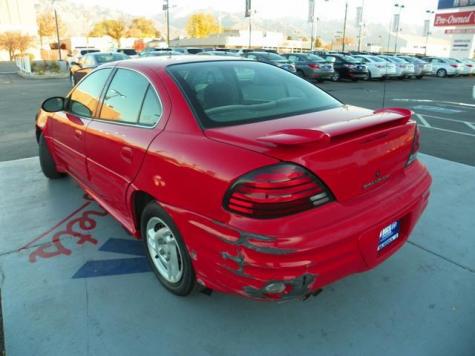 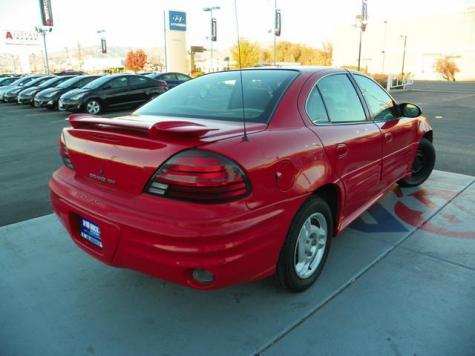 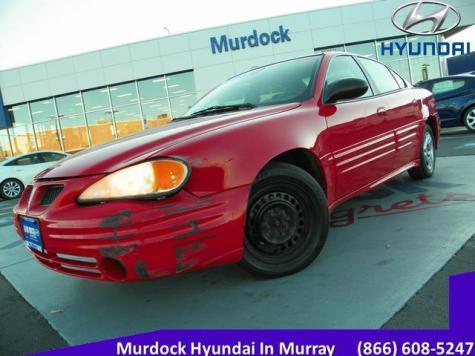 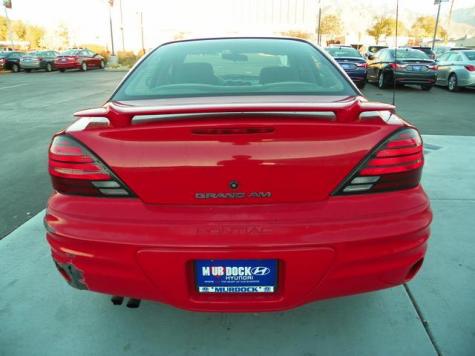 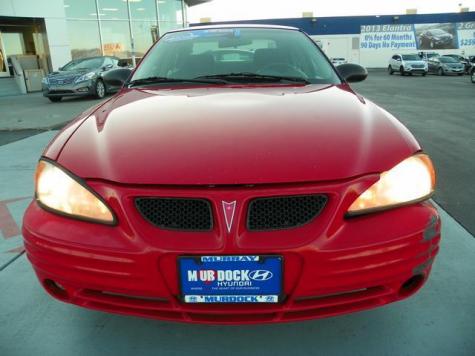 Sorry, this super nice Pontiac Grand AM was recently SOLD for only $1000 in Murray, UT near Salt Lake City by Murdock Hyundai dealership. If you are interested in finding more good used car deals near SLC we suggest you to check the entire inventory of over 100 pre-owned vehicles that Murdock Hyundai is offering at murdockhyundaislc.com. Many vehicles start for below $5k!

Murdock Hyundai, new and used car dealership located in Murray, Utah, near the city of Salt Lake City, and which has on inventory over 150 pre-owned vehicles starting for as low as under $1000, is selling this nice Pontiac Grand AM, red color, SE1 trim model, year 2002, for only $1000 dollars. What a bargain!
The exterior of this Grand AM isn't the best condition as its needs some body work, specially in the front and rear bumpers, which need to be replaced if you this car looks like new again. This is one of the reasons of this crazy cheap price. But on the other hand, to compensate its rough exterior condition, you will be surprised of seeing how wonderful, well cared and kept that it looks at its interior. When you get into the car one your friends or family members, they aren't going to believe that you paid only $1k for such a wonderful car.
This Pontiac has only 140k miles, which means it has been driven an average of only 11k  per year approximately, a figure that is relatively low is we have in mind the low price of the car. This nice sporty sedan comes also equipped with a 2.2L 4 cylinder engine which has a decent power and good fuel efficiency, delivering up to 25 MPG in the city and over 30 MPG on highways. Some of the features and options included with this Grand AM are: power windows, locks and mirrors, fog lights, rear spoiler, stereo with cassette and CD player, front cup holders, cruise control mounted on the steering wheel, AC, cigar lighter, auto transmission, Enhanced Traction System (ETS) designed to limit wheel slip during acceleration, etc. This vehicle comes also with a clean title and has only 3 previous owners.
In general, this Pontiac Grand AM is a great little and affordable used car, perfect for first drivers, college students, first owners or teenagers looking for a good running, dependable, good on gas, and good on snow vehicle in UT close to Salt Lake City, and which cost no more than $1000.
These Pontiacs are one of the GM's top-selling models, mostly because they combine racy styling and frisky engines with an extremely low price.

For more information on this red Pontiac, or any other new or pre-owned vehicle of Murdock Hyundai, please call at 866-608-5247 or use the seller contact form on this page, and make an offer, ask about the mechanical or electrical condition, or just find out if the car is still available and ready to be tested.

It seems you found a good car, but in case this red Grand AM year 2002 isn't the one you are searching for, please check the links below:

Autopten promotes dealers from UT offering real cheap cars on their inventories, e.g. vehicles priced for $1000, $2000 or under $5000 dollars. Check them out:

Is this Grand AM a good sports sedan? Let other people know it sharing your thoughts. You can also report any issue or fraud with this ad.

Seller Name:
Ask For Sales Representative
Keep in mind that this car is already sold, but you still can contact the seller.

This used Firebird coupe is on sale in Bluefield WV for only $300 dollars. It has low mileage and its color is red. Get more details by calling at 304-308-7189 or following the link above